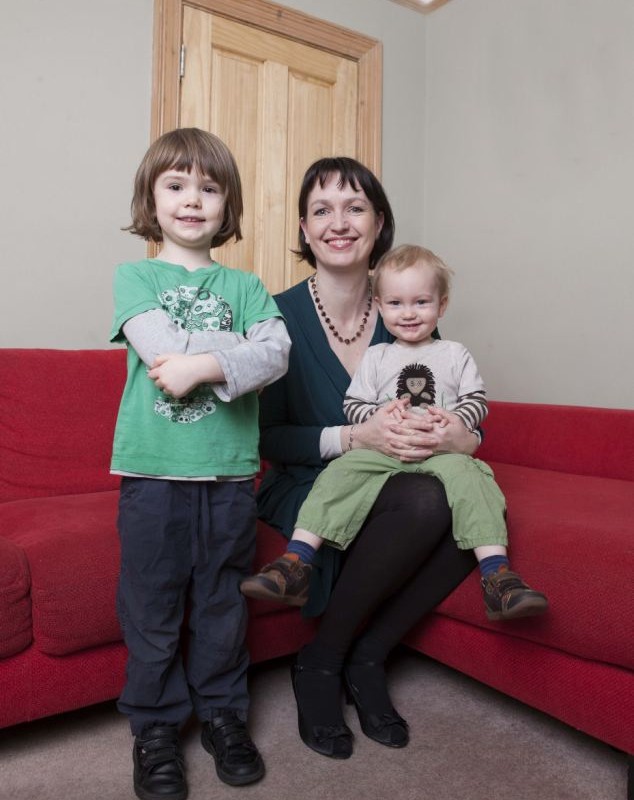 One in five babies are born tongue-tied

‘I couldn’t breast feed my baby’: One in five babies are born tongue-tied but many, like this woman’s son, go undiagnosed for years

By RACHEL ELLIS FOR THE DAILY MAIL

As soon as Justine Sullivan’s son Conor was born, he had trouble breastfeeding.

Midwives at the hospital gave him formula milk, much to his mother’s exasperation. ‘Conor’s first feed was from a bottle,’ says Justine, 42, a TV producer from London.

‘I was desperate to breastfeed, but they advised I should top up with formula because it was unlikely he was getting enough from me. It was frustrating, but I took their advice.’

‘I’d seen my GP at least four times and Conor was given treatment for colic and reflux, which causes stomach cramps and vomiting in babies — neither of which he had,’ says Justine.

‘After six weeks, I went to a breastfeeding counsellor and the first thing she did was put her finger in Conor’s mouth. She told me he was tongue-tied and this was the reason he was having trouble. I couldn’t believe no one had checked before.’

Pain after an extraction

How to ease wisdom tooth pain

This website uses cookies to improve your experience while you navigate through the website. Out of these, the cookies that are categorized as necessary are stored on your browser as they are essential for the working of basic functionalities of the website. We also use third-party cookies that help us analyze and understand how you use this website. These cookies will be stored in your browser only with your consent. You also have the option to opt-out of these cookies. But opting out of some of these cookies may affect your browsing experience.
Necessary Always Enabled
Necessary cookies are absolutely essential for the website to function properly. This category only includes cookies that ensures basic functionalities and security features of the website. These cookies do not store any personal information.
Non-necessary
Any cookies that may not be particularly necessary for the website to function and is used specifically to collect user personal data via analytics, ads, other embedded contents are termed as non-necessary cookies. It is mandatory to procure user consent prior to running these cookies on your website.
SAVE & ACCEPT